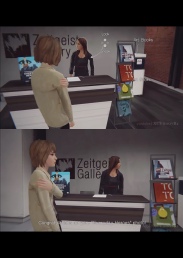 — The real of woman, method and truth from the editors of Jineolojî (Habibe Eren/JINHA)

— In its 2nd year, Jineolojî continues to meet women (ŞÛJIN)

— This stuff is too hard Clover (Bülent Ortaçgil)

— Everything In Its Right Place (Ahmet Hamdi Tanpınar)

— Letter To the Peoples of Turkey and the World (Semih Özakça)

— To hell with atomic physics, to hell with professorship (Kadir İnanır)

— Where in this meme is Josiah Willard Gibbs?

Was it Karanfil, Nuray or Eren, my friend
They’ve organized the spring

Was it Karanfil, Nuray or Eren, my friend
They’ve organized the spring

Was it Hüseyin, Yusuf or Deniz, my friend
They’ve organized the spring

Was it Cevahir, Ulaş or Mahir, my friend
They’ve organized the spring

END_OF_DOCUMENT_TOKEN_TO_BE_REPLACED

The real of woman, method and truth from the editors of Jineolojî — Habibe Eren/JINHA

ANKARA – Jineolojî journal started its publication life by saying “The science to be developed around woman is the first step to the right sociology” and now its 2nd issue is out with the topic “Method and truth based on the real of woman”. The issue editors Elif Berk and Nesrin Onur told us why the search for truth is emphasized and why Jineolojî is necessary.

END_OF_DOCUMENT_TOKEN_TO_BE_REPLACED

In its 2nd year, Jineolojî continues to meet women — ŞÛJIN 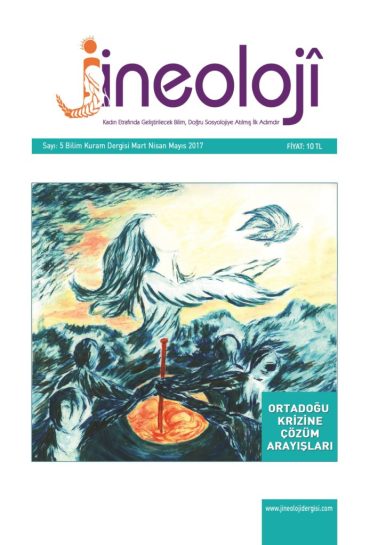 DİYARBAKIR – After starting its publication life one year ago, the 5th issue of Jineolojî journal is out today. Receiving intense interest in one year, the journal is in “Searches for a solution to the Middle-East crisis” in this issue.

Woman science (Jineolojî) aims to reassess sociology, psychology and all scientific disciplines to reinterpret them, in brief, to take history out of androcentric [*] readings and to establish it in the trajectory of truth. To tell better about Jineolojî as the most basic need to recognize and redefine woman in her consciousness of freedom, women launched the Jineolojî journal one year ago. Having been published on March 8 last year with the slogan “The science to be developed around woman is the first step to the right sociology”, the journal is now meeting women with its 5th issue.

END_OF_DOCUMENT_TOKEN_TO_BE_REPLACED

Letter To the Peoples of Turkey and the World — Semih Özakça

To the Peoples of Turkey and the World;

In our struggle for bread, honour and justice, in order to be the voice of the workers that were dismissed and deprived of their bread by Executive Orders issued with the excuse of the state of exception, in order to go back to our job, we revolutionary democrat public workers are in the 200+ days of our resistance and 80+ days of our hunger strike. We have a single demand “We want our job, our students back!” As intellectuals of the society we were also pursuing our struggle against unfairnesses and injustices before our jobs were terminated. Since 2012, there was an intention to deprive public workers of their job security and abolish permanent positions, we were hearing about it. The current situation we face with the excuse of the state of exception is the product of an idea that was planned and programmed in advance. Thus AKP rule used the state of exception as a justification and grounds for their politics of precarity, they turned the situation into an opportunity and deprived many public workers of their bread with the excuse of the coup attempt. But what does the coup attempt have to do with us revolutionary democrat workers? Those who have to do with the coup are so open that they are now trying to run the country. Because they do their politics using the methods and conspiracies of those they associate with the coup. Why did they dismiss us from our jobs? By dismissing us from our jobs, they were to comb out those who will oppose their politics; they were to do what they want without distress, without annoying obstacles on their way, and they were to suppress all of those who were to oppose them, to prevent the discordant voices. A ruler threatening a people with their bread, trying to discipline them with hunger to rule them, is the end point that’s reached. Bread is sacred, the right to work is the minimum condition of living. What is expected of workers who are deprived of their right to work, whose bread is being played at. To sit and shut up? To resist for the right to live and work? In our case what must be done by necessity is the second option. We resist…

END_OF_DOCUMENT_TOKEN_TO_BE_REPLACED

To hell with atomic physics, to hell with professorship — Kadir İnanır

It’s also a gift for March for Science Charleston because they accepted me as their official Turkish translator. [*]

The actor is Kadir İnanır. He is playing Ali in the movie Ceza (1974) which means Punishment. Here is the full movie.

[*] Unlike March for Science DC who kicked me out of their secret Facebook group banning me forever from their group [+] just because they felt like it. [♢]

[+] I’m managing a white list of non-hierarchical #ScienceMarch accounts to deal with this extremely savage and primitive behaviour that came from the least expected party. [-]

[%] Never forget Aaron Swartz. Never forgive those who had left him alone.

[♢] TO HELL WITH THEM!!! GOD DAMN SCIENCEMARCHDC!!!

Man: You know brother, I thought you like science and knowledge, books, calculations, I thought you as quiet as a mouse. If we leave here tomorrow, how will you study? So many books, files and stuff…

Ali: To hell with all of it. We studied for humanity, they threw us to the streets. To hell with atomic physics, to hell with professorship. From now on, I’ll be another man.

Man: What kind of other man?

Ali: A man more cruel, more merciless than those who pushed my father to the grave. So, god damn atomic physics, god damn professorship.

Man: You are a scientist, brother. What other trade do you know?

Ali: But I will learn.

Man: You will learn what?

Ali: To gamble, to be a scoundrel, to be a prick.

Professor: Oh! Good morning Ali… What happened to your hair and your beard?

Ali: I cut them, professor.

Ali: Unfortunately, we won’t be able to study, because I am leaving.

Ali: I decided to quit this profession.

Ali: I am changing my profession, professor.

Ali: The profession to be a scoundrel, to gamble, to act immorally. Maybe I was a fool until today, professor. Now I’ll get smart. I am resigning, if you’ll excuse me…

Ali: No, don’t look at me like that, I did not go crazy or something.

END_OF_DOCUMENT_TOKEN_TO_BE_REPLACED

Everything In Its Right Place — Ahmet Hamdi Tanpınar

Everything in its right place; cypress next to the pond
A water wheel creaks without a break from afar,
As if stuff projected out of a magical sleep,
Vines and beetle sounds envelop the house

Everything in its right place; table, pitcher, glass,
At the illumination blooming through the branches
Time watches like a fascinated antilope
Silence touches in a way leaf by leaf…

I know that you sleep in the shadow
There as cosy and cool as a sea cave
Your eyelashes shut in a pleasure world
A smile on your face when this heavy noon ends.

Maybe these freshly bloomed roses are your dreams,
On top of these soft illuminated branches,
Never ending song of love in doves’ voices,
For the dream of our life permeates stuff.

Everything in its right place; a water wheel from afar
Creaks without a break like a spirit in torment,
Perhaps it reminds of our adventure
Fallen autumn leaves flutter in the wind.

ç.n. Note the extremely significant difference between “maybe” and “perhaps”. In Turkish both are called “belki”.

In a news story about #FolkloreThursday last year, David Barnett raises the question: Why Thursday? [■]

He quotes Dee Dee Chainey’s reference to Norwegian traditions, which is presumably Thor’s day. Thor is a local explanation that I like and accept [*] but let me also give a further global answer to this same question.

A retired teacher mother begins a hunger strike in front of the bank that terminated her daughter’s job and gave her a bad testimonial. She says that the bank is responsible for the fact that her daughter couldn’t find a job for two years.

Ayşe Durmaz [*] is a retired teacher.

She brought up her daughter İlke, [+] sent her to a school and ensured that she becomes a banker, the most creditable profession at the time.

Everything was excellent but when her daughter got married and gave birth, her job was terminated, justified by “low performance”. And thus the great nightmare began for the family. The young banker submitted job applications to just about any bank in Turkey but she was refused in the last minute because of the bad testimonial on her.